I was selected to exhibit an installation piece at the D’Days Festival of Design 2015, in Paris. Notes de Tête was a suspended multisensorial shell, designed as a meditative space. It used abstracted sounds, smells and textures to create a unique relaxation experience. 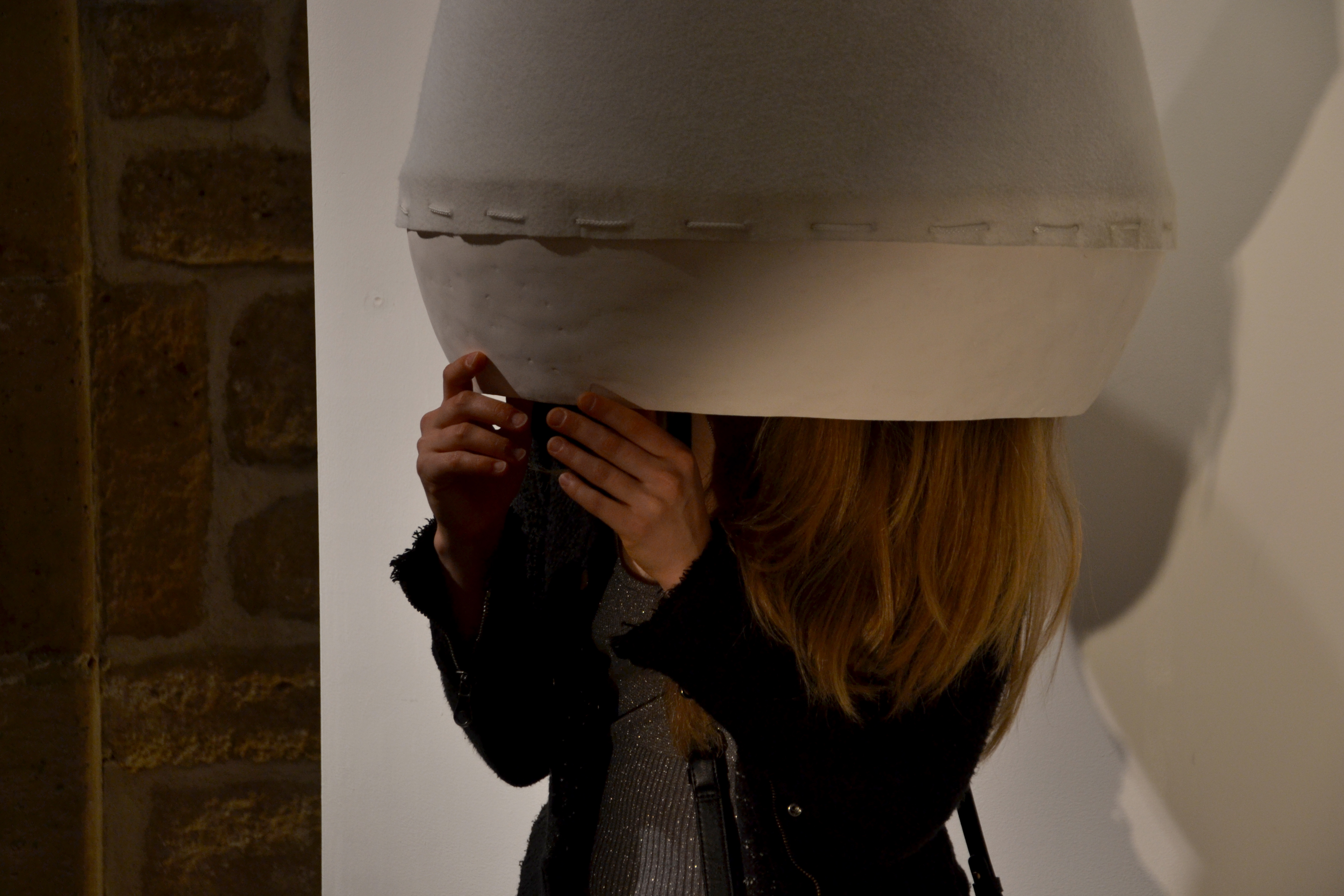 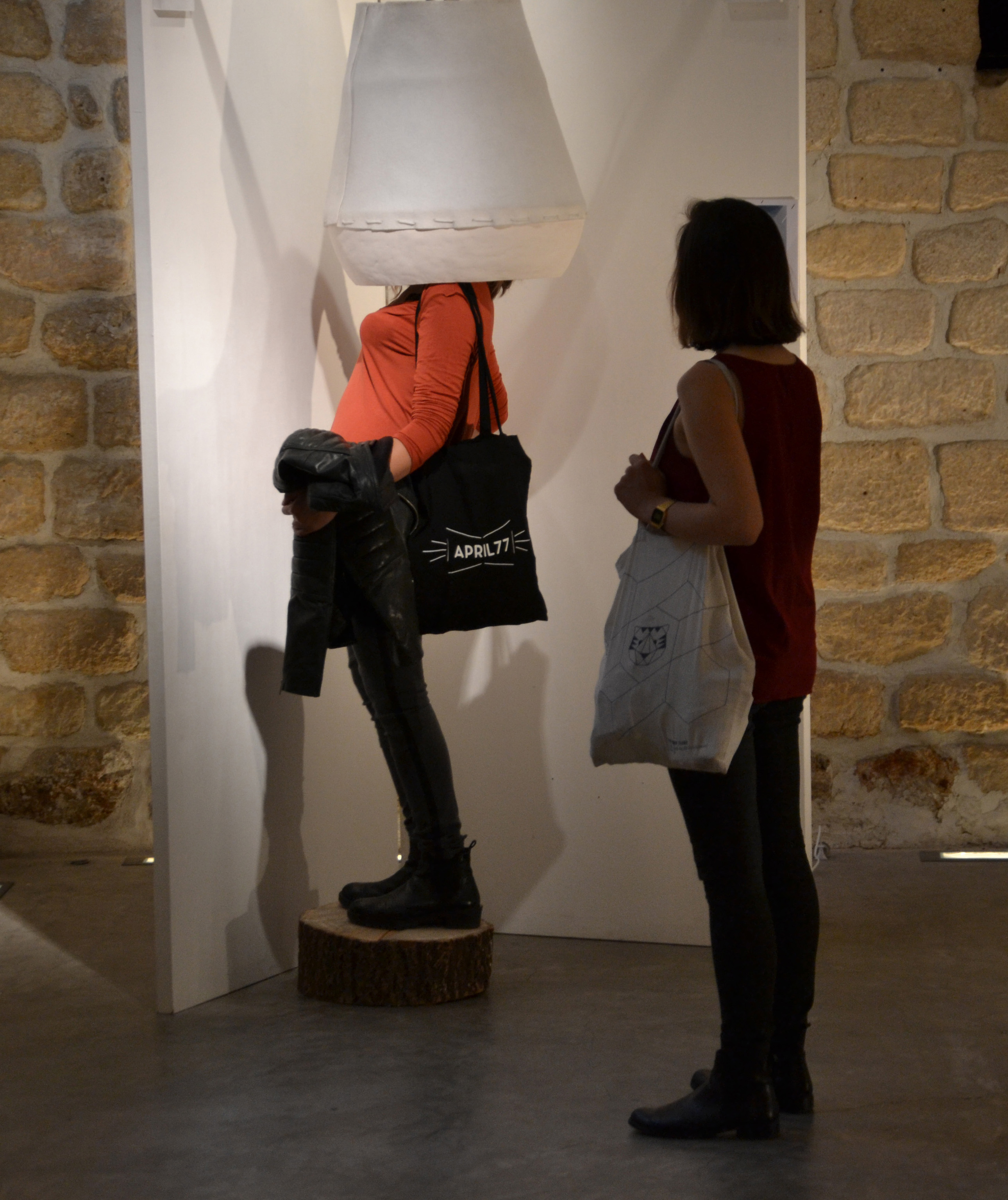 Notes de Tête began with an exploration into the teachings of Plato and Aristotle, on "Form" and "Matter". A brief (and unjust) summary of these ideas is that everything in existence is made up of both form and matter, the qualities and the material object. For example, if you were to envisage a solid tree in your mind, standing tall and sturdy, you are thinking of the matter, the physical object itself. The form on the other hand is essence of the tree, the "treeness"; the feel of the bark to your touch, the sound of the wind through the leaves, the smell of the oak. That is to say, Aristotle believed form to be the essential characteristics or attributes of an object.

With Notes de Tête, the starting point was questioning what would happen if form were to exist without its matter? What would happen if you presented features and characteristics without a tangible origin? The smells, sounds and textures of a dense forest were abstracted and represented within the suspended sensorial helmet, which visitors were invited to enter.

The result was a unique sensory experience, meditative to all, whilst feeling deeply personal to the the wearer. Many who visited the exhibition piece interpreted the manufactured environment differently. 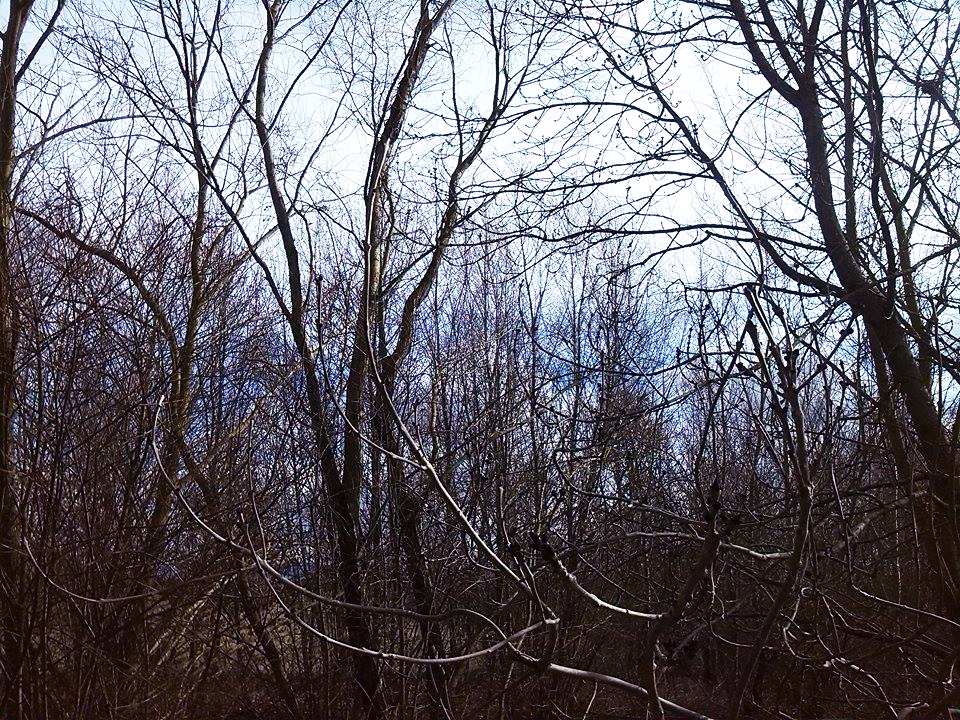 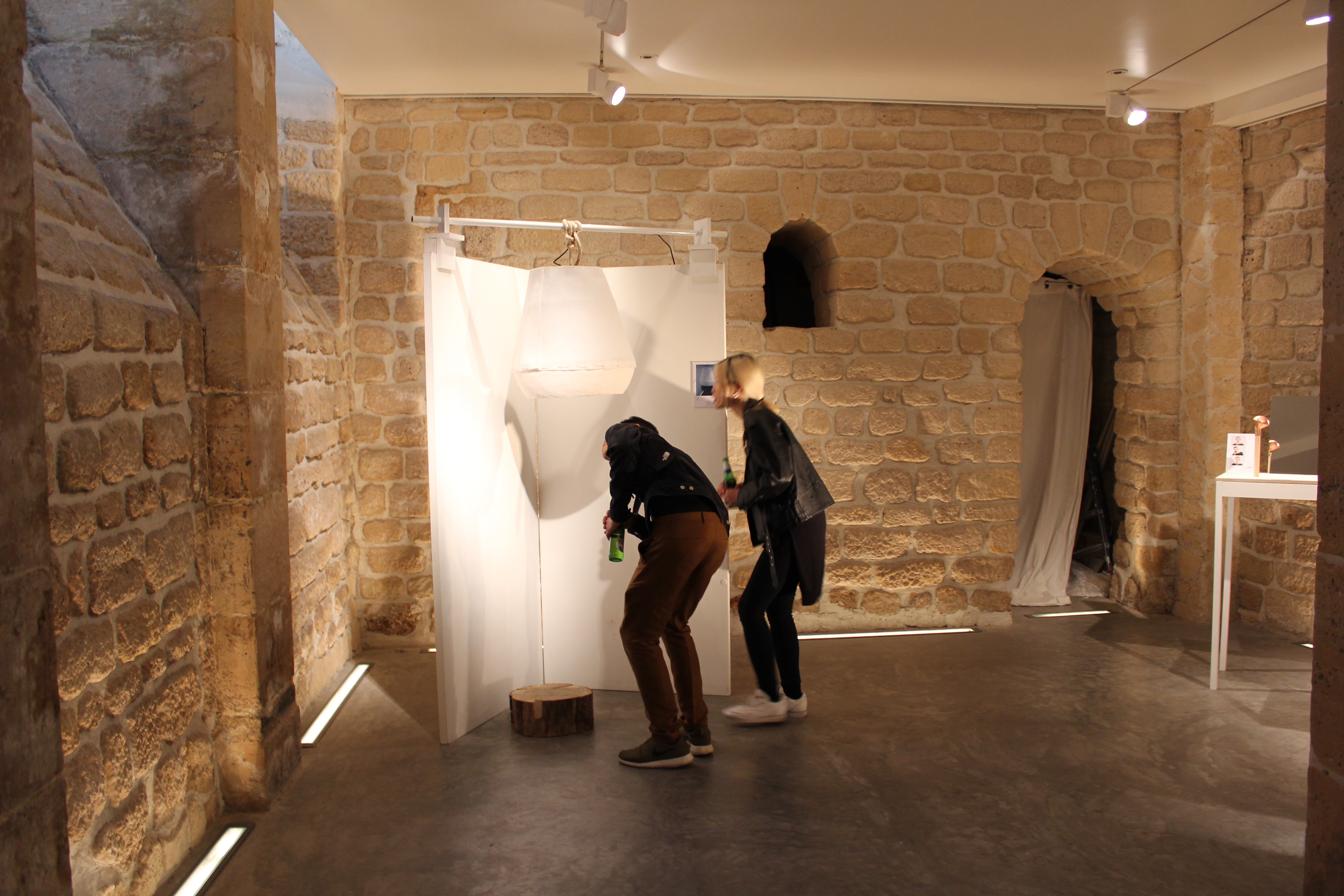 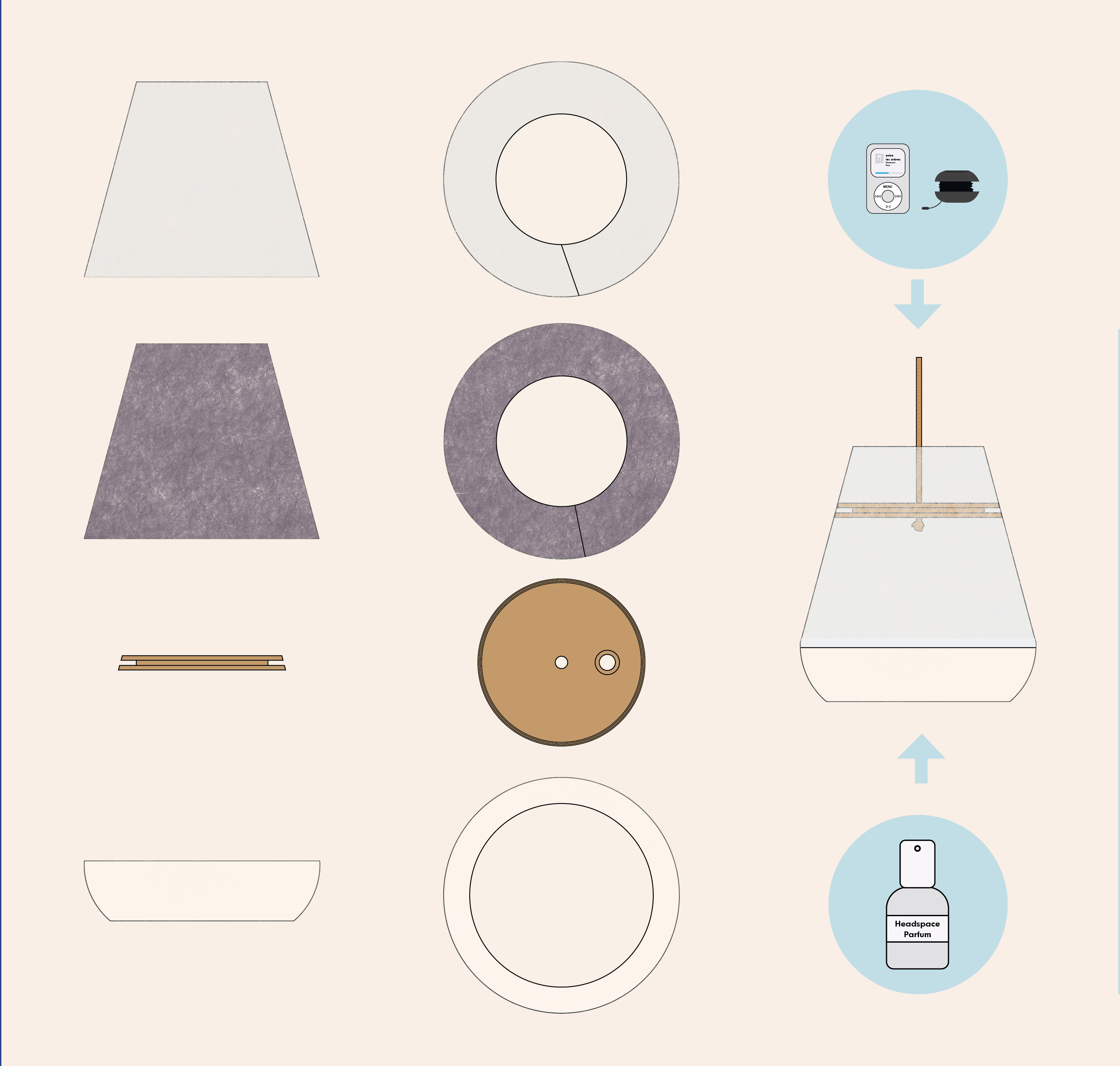 I decided to realise the piece in ceramic and felt (the ceramic retained the odour, while the felt was strong and flexible enough to make the form of the helmet). I used two layers of felt to create two different environments, a white exterior and textured mauve/grey interior. Felt was placed on the exterior and interior of the ceramic, and woven together. The piece was suspended by three pieces of wood joined together, and cut with an angle to prevent the felt from tearing. The felt was not connected to the wood, but the discs were larger than the opening at the top, therefore holding the piece together. I worked with a parfumer in Paris to create a bespoke project perfume, with the smell of pine, earth and fruits, which was infused into the ceramic.

To create the sonic element, I travelled around Kehl recording the sounds of the countryside, such as the wind, the breaking of branches underfoot, bird-calls. the sounds were then cut and deformed until they resembled something completely different, and were near unrecognisable. The intent was to create an audible representation of the movement of light between the trees. A relaxing musical score was composed, one which changed and twisted as the light between branches would with every step through a forest.